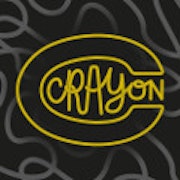 After five and a half years of carnage, Crayon Skateboards came to an end in 2013. An announcement on the company’s official Facebook page from owner Matthew ‘Dykie’ Ryan gave special thanks to three people in particular – Nick Richards for filming, editing and web design, Phil Morgan for board and brand design, and Nat Jones who worked on every aspect of the business including catalogues, website and boards.

In 2013, Crayon released the Five Years DVD, with highlights including a shared part from Jones and Coyle, wizardry from Welsh Tommy (in what was actually his debut pro section) and a technical onslaught from Evans. Later in the year, to mark the closure of the brand, a retro DVD called simply Crayon Skateboards 2007-2013 RIP was released, which looked back over the good times.

Many former Crayon riders have been picked up by other leading brands, most notably Nike SB’s Chris Jones who was one of the first riders signed to Paul Shier and Nick Jensen’s new company Isle Skateboards, and Bristolian Korahn Gayle, who has found a new home at Skateboard Cafe. Matthew Ryan, meanwhile, went on a cycling trip across the USA.

From Benjy Boards to Blueprint, Reaction to Superdead, here's part one of 'The Departed - UK board brands of yesteryear'.
9 years ago | by Ryan 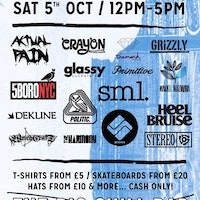 Head on down to The Big Chill bar in Bristol this coming Saturday for bargains from companies like Crayon, 5Boro, Science, Small Wheels, Magenta, Witchcraft, Stereo and more. Check the poster...
9 years ago | by Ryan 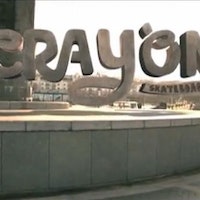 Sad news straight from the house of Crayon… I would like to announce that our time here has come to an end. The last 5 and a half years have been...
9 years ago | by Ryan The final section from Crayon Skateboards recent DVD offering ‘Five Years’ is now online, featuring a technical onslaught from the feet of Liverpool’s very own Andy ‘Evz’ Evans. Get stuck in...
9 years ago | by Ryan The night of the premiere for Five Years saw a surprised Welsh Tommy getting handed his debut pro board by Dykie and the Crayon Skateboards crew – what turned out...
9 years ago | by Ryan 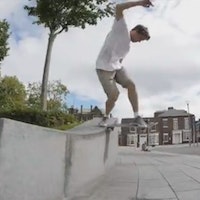 The next section from Crayon Skateboards latest video offering ‘Five Years’ is now online, this time around featuring the skills of Exeter native Paul ‘Barber’ Cooper… http://vimeo.com/68450508 Barber from ‘Five Years’ from...
9 years ago | by Ryan 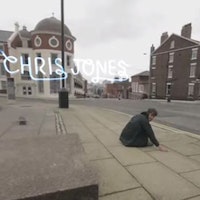 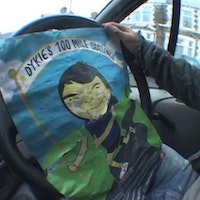 Crayon main man Matthew ‘Dykie’ Ryan is soon to embark on a 100 mile run in order to raise money for the S.A.F.E charity. You can read all about Dykie’s...
9 years ago | by Ryan 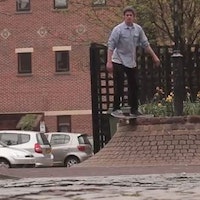