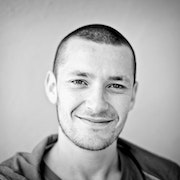 The following year, he ventured out with the éS team for the UK leg of their ‘To Europe With Love’ tour, as well as holding it down on the éS Big Push, heading out to Mallorca and Barcelona on filming missions for various ‘In Progress’ video productions, and appearing in Redlight Skateboarding’s full-length Prism.

Tattoo fan Nicky, nicknamed ‘The Hammerhouse’, was born and brought up in Swansea, where he began skating 11 years ago. He is now based across the Severn in Bristol, where he says his favourite spots to skate are Lloyds and Dean Lane skatepark in Southville, as well as Manchester, Leeds and Sheffield. Overseas, he enjoyed travelling to Italy and Ireland.

Skating with a regular stance, his video parts have showed off some serious tech with great style, as well as his favourite nose bonks, skids, tweaks, so it comes as little surprise to learn that he is primarily influenced by riders such as the little-seen Joe Lynskey. Both Nicky and Joe featured in Rookies, Lee Dainton’s amazing 2012 DVD release for Kill City, in which they take care of the ledge techniques and switch skating. 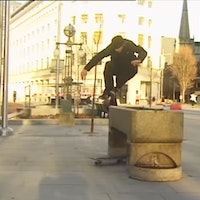 Sacrifices are made to the skate gods - in the form of ritual early grab shit eating down a double set - and are rewarded with heavy stunts, particularly Clev's...
4 years ago | by Jono Coote James Harris recently dusted off an old hard drive containing the footage from a 2010 Venture UK in Kent trip and decided to rework it into a fresh edit.
4 years ago | by Jono Coote 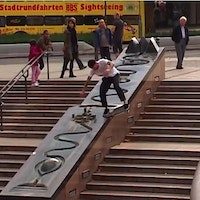 Press play and transport yourself back three years for an eight minute suckle on the teat of stoke.
5 years ago | by Jono Coote 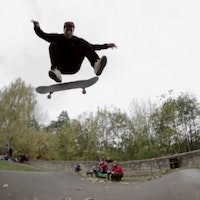 James Harris's Little Paradise has just been uploaded to the web in full, giving those who missed out on the Bristol-based scene video a chance to check out the dopeness...
5 years ago | by Jono Coote 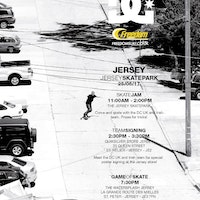 The DC UK team will be heading over to Jersey this weekend, with a skatepark jam, shop signing and game of S.K.A.T.E. pencilled in for Sunday 25th.
5 years ago | by Jono Coote 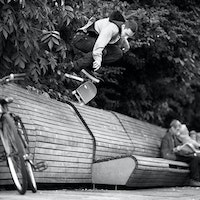 Featuring tales of irate pissheads, the inner workings of the Ganjwax crew, Cornish ditch spots and even a recipe for those in need of a perfectly baked skate trip formula...
5 years ago | by Jono Coote 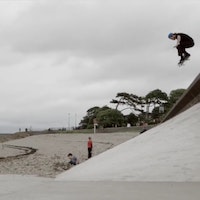 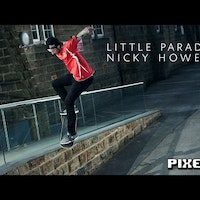 Enjoy two and a half minutes of Wales' tech-est barber taking on every ledge in his path and get hold of the DVD from your local skateshop...