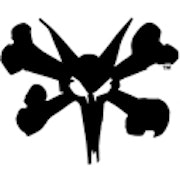 Many of the world finest skaters use Bones Wheels – the company’s pro team features the legendary Tony Hawk, plus riders such as Adam Dyet, Chad Bartie, Dakota Servold, Jeremy Wray, Kevin Kowalski, Sierra Fellers and Taylor Bingaman. There is also an am team including Lizzie Armanto, TJ Rogers, Ryan Reyes and the McClung brothers, Trent and Trevor.

The Bones range features wheels with diameters of between 49mm and 62mm, divided into three categories – Street Tech Formula, All-Terrain Formula and the popular Skatepark Formula, specifically formulated to resist flatspotting on slick or smooth surfaces. There are also Bones-branded high-performance HardCore Bushings, which are described as ‘double action’ (ie both sides of the bushing resist the skater’s turning force).

Bones Wheels have also released a couple of top-drawer full-length videos featuring many of its star riders. 2011’s The Bones Video had excellent parts from Dyet, Bartie, David Gravette and Ryan Decenzo, while New Ground, released in February 2013, was filmed and edited by Jared Lucas, and had stand-out parts from Ben Raybourn and Jared Huss. A highlights package of New Ground was released in 2014 to mark the film’s first anniversary. Sessions went down up and down the country, dodging weather, security and angry pissed up Brightoners...
5 years ago | by Jono Coote 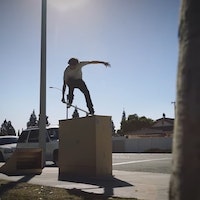 Matt Berger, Chris Joslin and Trevor McClung test out the new Etnies X Bones collaboration by having some fun with a movable jump ramp set up.
6 years ago | by Jono Coote 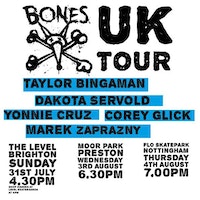 Smooth style, big pop and quick footed tech as well as a lesson in the pitfalls of vandalism...
7 years ago | by Jono Coote 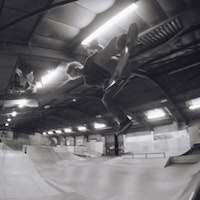 Jordan Sharkey at the Boneyard

Real Skateboards and Bones Wheels UK rider Jordan Sharkey has a new edit out filmed during an escape from the usual British summer downpour at the Boneyard in Chester. Check...
7 years ago | by Jono Coote 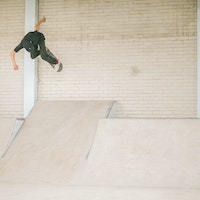 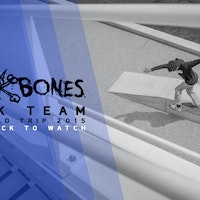 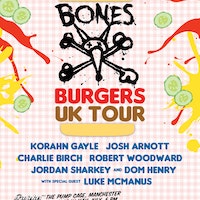 Seeing how it’s miserable pretty much everywhere in the UK today, we thought we’d bring you a bit of sun soaked Californian Sam Beckett business to brighten up your desktop....
7 years ago | by Jono Coote A barrage of ATV rawness from Anakin Senn, one of the most solid case for the existence of skateboarding genes that we’ve seen! This one is definitely worth putting aside...