Never has the repeated maxim ‘use it or lose it’ been more relevant than over the last 12 months which have seen an unprecedented number of skate stores close due to the currently perilous situation for independent skate retail.

The latest victim of this horrible trend was long-running skate store Subvert, Castleford who finally closed their doors for good on March 31st 2018.
Based inside the Xscape Leisure Centre on the outskirts of Castleford, West Yorkshire, Subvert, (or ‘Subby’ to the locals) has been a mainstay of the local scene for a good ten years in its most recent manifestation.
An independently owned store (with a sister store in Manchester), the space has served the skate community in both a retail and skatepark capacity for over 15 years, (formerly run as a ‘Legends’ before being taken over by Subvert owners Darren and Lorraine) and had become such a staple of the local skate landscape that its loss has left everyone in shock.

To the casual outside observer, it might seem hard to understand why the closure of this place and its skatepark-out-the-back AKA The Merrics has caused such heartbreak.
Yes, the park was by no means ‘Olympic’ in scale but there was something about the simplicity of the super smooth floor, the moveable beginner-friendly layout and, most importantly its friendly and 100% skater staff, that made it feel more akin to going street skating than to visiting an indoor skatepark.

Over the years, all manner of events have taken place inside its roller shutters, from chaotic games of SKATE, to charity fundraisers, to demos, to regular after-hours sessions composed of heads from many of the nearby Yorkshire cities who also called this place home.
In short, it was no Tampa but it was ours.
So with the above in mind, please allow us the self indulgence of a little ode to this now off-limits, shiny floored paradise via a selection of choice memories from over the years.
All photos are by local and staff member Brendan ‘Brenna’ Harrap and were shot at the final session held on March 31st 2018. 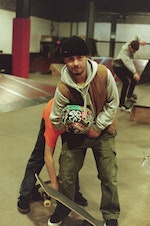 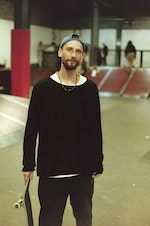 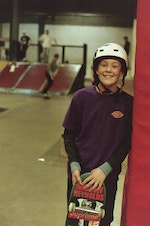 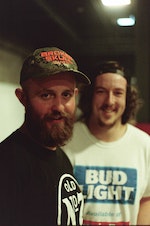 Wakey in the house – Cal and T-Bone. Photo: Brenna

It’s not an event unless Felix is there, (and some other doyle). Photo Brenna.

Additionally, we figured we ought to pay a little homage to some of the events that occurred inside Subvert over the years so below you can watch a long-forgotten Hold Tight Henry edit of a 2008 DVS ‘Lord of the Lines’ event held outside the store, along with a selection of other clips filmed in The Merrics over the last decade. Enjoy.

Subvert Charity Jam 2016 – these were held annually and raised thousands of pounds for local charities. 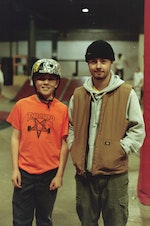 Subvert owners Darren and Lorraine. Thanks for all the good times. Photo: Brenna

Raiders of the Lost Park returns and this one's dreadful