Catching up with Vans Shop Riot 2017 UK winners Skate Warehouse – a day out in Devon with Aaron Jago, Alex Decunha and Adam Keats.

The UK leg of Vans 2017 Shop Riot event took place in Hull over the final weekend of July. Despite the sweltering summer heat and never-ending pints of free locally brewed ale courtesy of the guys at Atom Beers, the level of skating was at an undeniable all time high. Shop crews from all over the country descended upon Rock City Skatepark to get involved with the proceedings, with teams from the likes of Rollersnaks, Division 24, Black Sheep, Ideal, The House, Fifty Fifty, Skate Pharmacy, Slick Willies and more all putting in sterling performances, though it was ultimately Devon’s Skate Warehouse that found themselves occupying the top spot on the Shop Riot podium, earning themselves £1500 and an all expenses paid trip to the finals in Holland a few months later.

In November, the three man wrecking crew of Aaron Jago, Adam Keats and Alex Decunha found themselves heading to Area 51 Skatepark in Holland for the 2017 Shop Riot finals where they did it all again. After a weekend of hammering out video part level tricks in a contest environment, Skate Warehouse were kept off the top spot by Skate Boutique, but returned back home with a second place win under their collective belt, beating the likes of Titus, Street Market, Clockwise, Welcome (the Madrid one) and Flame Shop in the process.

As 2018 slowly kicked into action, we decided to head to Devon and catch up with Skate Warehouse’s ever productive trio to find out what they made of their Shop Riot experience in 2017, find out their hopes for 2018, and get a session in at Prime Skatepark in Plymouth.

Check the edit now, then have a scroll below for the photos… 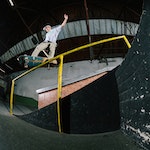 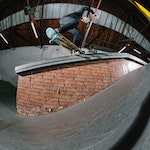 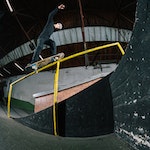 Where are they now? 'Off Radar' with Sean Smith.

Where are they now? 'Off Radar' with Sean Smith.

An absolute UK skateboarding goldmine for your Sunday

Expect lukewarm Holsten Pil's fueled, raw skateboarding from the concrete of London and beyond...