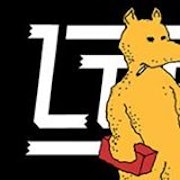 The status of Liverpool’s Lost Art as one of the UK’s finest independent skateshops was cemented in 2012, when, up against Arrow & Beast (Stuttgart), Nozbone (Paris), Welcome Skateboarding (Madrid) and Ben G (Amsterdam), it won the Best Skateshop prize at the Bright European Skateboard Awards. The victory was a considerable boost for the shop, and it was nominated for the same award in 2013.

Lost Art was opened by local boy Dave Mackey in September 1999, after he successfully applied for a loan from the Prince’s Trust. Mackey, currently riding for the National Skateboard Company, is still in charge today, and the shop has become the fulcrum of the Liverpool skate scene, helping, for example, with the legal battle to keep open the city’s New Bird Street DIY skatepark in 2011.

The shop’s first site was hidden down an alley off Bold Street, and although it is now based in a much larger site on Slater Street, its intimate feel and friendly vibe remains the same. As well as stocking top brands such as Independent, Polar Skate Co, National, Thunder, Welcome Skateboards and Venture, Lost Art is now a brand in its own right, with the company’s famous beanies seen throughout the city.

The shop has a killer line-up of riders, including Mackey himself, Barney Page, Ben Raemers, Chewy Cannon, Chris Jones, Denis Lynn, Mark Baines, Tom Knox and Vaughan Jones. In 2013, it was announced that the legendary Geoff Rowley, based for many years in the US but originally from Liverpool, would also be joining the team. 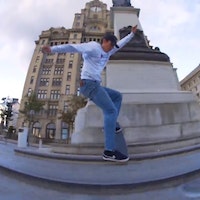 As usual with Lost Art/Ollie Birch output the spots are kept interesting, the crew vibes are strong and the end result is to make you want to go out and...
5 years ago | by Jono Coote 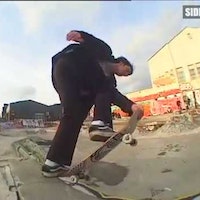 The Lost Art Holiday '17 Launch will be kicking off on November the 25th, with the store open from 12pm and a new Lost Art video showing at 7pm.
5 years ago | by Sidewalk 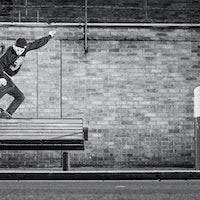 "...mainly just being out with the lads in the streets skating is belta. Everyone knows that feeling, I just got to film some shit on the way I suppose…"
5 years ago | by Jono Coote Read on to find out about the history of Lost Art, the effects of Liverpool's redevelopment, why the shop went under and its reincarnation as Useless Wooden Toys...
5 years ago | by Ryan Barney Page's full section from the 2015 Sour Skateboards video 'The Sour Solution', filmed on the streets of Barcelona and beyond...
5 years ago | by Ryan 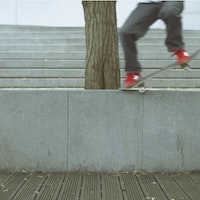 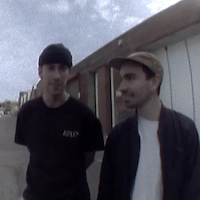 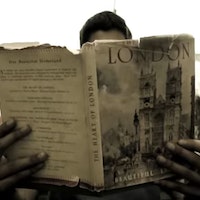 Back in 2011, and following on from the release of both Square One and Make Friends with the Colour Blue, a young Tom Knox teamed up once again with Jacob...