Brit Ben Raemers is an am rider for Enjoi, and also has sponsorship deals with Volcom, Indy, Ricta, Mob Grip, Converse and Liverpool skateshop Lost Art. He formerly rode for the éS Footwear team, but shortly after getting on the team in 2012 and moving to America, the company went out of business.

Still only 23, he has been active on the skate scene since 2007, when his first major part featured in Consolidated’s full-length Goin’ Bananas. This was followed by a number of tour videos with éS, and a part in Enjoi’s 18-minute Tweak the Beef in 2012, also featuring riders such as Cairo Foster and Wieger van Wageningen.

Ben hails from the Essex village of Walton-on-the Naze, but is now based in the USA where he has taken permanent residency. Starting out in former Enjoi teammate Jerry Hsu’s house in San Jose, California, he quickly made a big impression State-side – his first part for Converse arrived in 2013 in the Texas tour video Burnt Ice and Bum Glaze.

Ben’s stupendous bag of tricks on all types of terrain – including bowls, street, ditches and more – has been amazing onlookers since he first turned up to a jam at the age of 15, and got him the front cover of Thrasher in 2010 and the cover of Kingpin’s 100th issue in 2012. There is little doubt that he has grown into one of the finest skateboarders that the UK has ever produced. 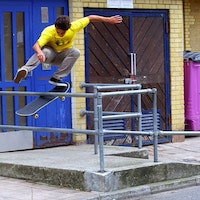 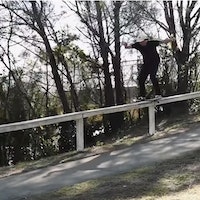 Episode 2 of enjoi's Panda Patrol series sees Jackson Pilz leading the charge, coming through with a section which will have the most jaded viewer pressing rewind more than once.
4 years ago | by Sidewalk 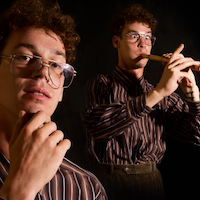 7 minutes of enjoi stupidity for your eyes. Enjoy!
4 years ago | by Jono Coote The Volcom team passed through the UK this the summer, stopping in Bristol for a Campus Pool Lock in on the way. This short edit from the night squeezes plenty...
4 years ago | by Ben Powell 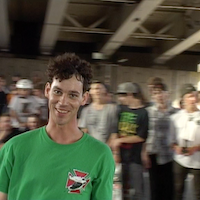 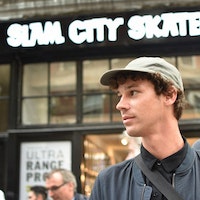 "My bank card was inside my passport in my back pocket. I got to Walgreens and realised I had somehow lost both of them on the two minute walk there....
4 years ago | by Jono Coote 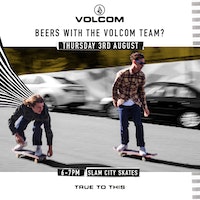 Improve your Thursday evening by heading down to Slam City Skates (Covent Garden branch) tomorrow for some free booze on Volcom, with various team members in the building.
4 years ago | by Jono Coote 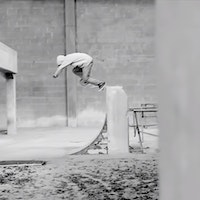 Volcom presents 'The Zementwerk Project' in association with Leica and Solo Skate Mag, with a DIY spot built in an abandoned German concrete factory.
5 years ago | by Jono Coote As we're sure you're aware, even mellow Raemers footage is worth a watch!
5 years ago | by Ryan 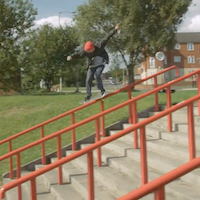