Chris Jones is part of the team at Isle Skateboards, the British company founded in March 2013 by former Blueprint riders Nick Jensen and Paul Shier. He featured in Stop/Start, the third in the company’s debut series of films, which was shot using Super 8 to convey the actions of Chris’s skateboarding as well as his recent relocation from his hometown in Wales to London. Chris is also sponsored by Liverpool’s Lost Art skateshop, Nike and SML Wheels.

Pre-Isle, his footage includes 2010’s Summer Tour video from Crayon, which also featured skaters such as James Coyle and Barney Page, Through the Eyes of Chris Jones in conjunction with Sidewalk (2010), the Crayon Retrospective (2011), Sidewalk’s In Progress (2011) and a lo-fi welcome video for SML (2013), edited by Mike O’Shea and set in Thailand and south London’s Stockwell area.

Chris was born in Coychurch, a small village near the South Wales town of Bridgend. His first proper video appearance was in a promo for Crayon from 2007 and he turned pro for the company in June 2011 with a clip filmed by Nick Richards. He joined Isle shortly before Crayon’s demise in 2013.

Although riding with a relaxed style, Chris looks as though he could spring into action at any time. For evidence of this explosion-waiting-to-happen, check out two outstanding releases from 2013 – Jacob Harris’s Eleventh Hour and Crayon’s full-length Five Years, in which he shared a part with Coyle and guest skaters Dylan Hughes and Caradog. 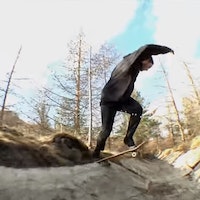 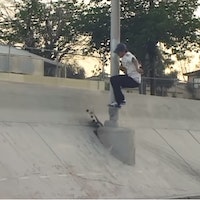 Once you get locked into a serious spot or trick collection, the tendency is to push it as far as you can...
4 years ago | by Jono Coote

The stair set/barbed wire combination which Korahn takes on switch is particularly grim looking.
5 years ago | by Jono Coote

Jacob Harris' crew explore the cities and towns of the West Bank, putting on a demo in Asira and running skate workshops for the locals as well as checking out...
5 years ago | by Jono Coote 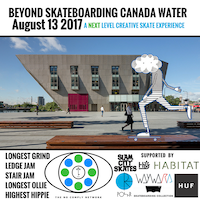 The No Comply Network are hosting the Beyond Skateboarding Canada Water jam on August 13th, with an extended remix of shredding from the London plaza spot to hype the event.
5 years ago | by Ryan

Korahn Gayle, Chris Jones and Dan Wileman head off to Malaga in this 2010 short but rad Crayon Skateboards video, filmed and edited by George Nevin.
5 years ago | by Sidewalk 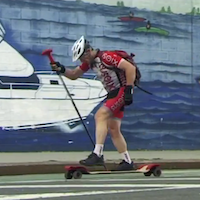 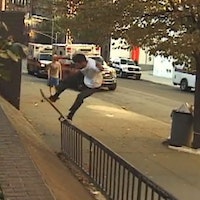 The names 'Chris Jones' and 'Colin Read' in one sentence should have had you pressing play immediately...
5 years ago | by Jono Coote

The Isle Skateboards section from Transworld‘s The Cinematographer Project: World View has just hit the web, with the crew heading to Italy and rethinking tricks filmed in the past in...