As you will have seen last week, Vans launched the 7th Tony Trujillo Signature shoe with an old-school blow out at the House of Vans. No messing about, no greasing the palms of [shudder] ‘influencers’, just straight forward carnage, once again proving the maxim that ‘less is more’.
Skateboarding is at its best when it is reduced to its most basic elements – jump ramps, excitement, inclusivity and most of all – chaos.
If for whatever reason you managed to miss out on our coverage of the TNT Advanced Prototype Launch, you can catch up here via the magic blue letters earlier in this sentence.
And so – this leads us onto the engine of said fun Friday evening at the House of Vans – the physical release of the TNT Advanced Prototype shoe and its associated apparel range which happened across the nation on the 14th July.

As stated, this is the 7th Tony Trujillo signature shoe from Vans (you can see a brief overview of some of the previous ones below) and sees Vans updating every aspect of the TNT Advanced Prototype.
Aside from the construction specifics, one other thing of note here is that Vans have seen fit to release this iteration of the TNT skateboard shoe in a unisex size-break, which is something we’re genuinely surprised that more brands don’t embrace, especially given the current swell in numbers of both female and pint-sized skateboarders across the board. The size break for these runs from a diminutive UK 3.5, right up to a canoe-footed UK 13, so, unless you’re a pixie or a real-life giant – you’re covered. 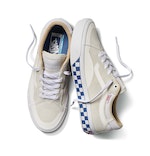 Coming in three different colourways, (all with slightly different cosmetic features) you’ve the choice of going for the all white version you can see above (complete with Vans patented checker detailing on the outsole), the more traditional black/white/red iteration, or, if you’re feeling it, the pink/black/white version.

Beyond the purely aesthetic features, the TNT Advanced Prototype runs a bunch of functional extras aimed squarely towards durability and support, that sit seamlessly within the overall design of the shoe.
Case in point – the additional protection afforded by ollie pad and the rubber reinforcements that run across the vamp and the quarter panel. Done wrong, this kind of detail can ruin the look of a skate shoe but this sits nicely into the overall design.

Additionally, the TNT Advanced Prototype runs the Ultracush Lite 3D footbed, blending the lightweight and responsive feel of UltraCush with a dual-density foam for extra protection and support. 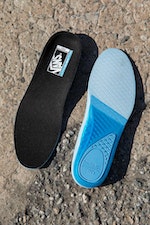 This is teamed up with the new variegated waffle sole which aims to increase boardfeel straight out of the box to give that ‘broken-in’ feel from the get go.
Whilst staying true to the waffle, the new Vans tread pattern provides more ground contact and is aimed at improving the calibration of grip and boardfeel, concentrating on common pressure points in the forefoot and heel to further extend the durability and grip over time.

Vans have also dropped a three-piece apparel collection to complement the TNT Advanced Prototype skate shoe comprising a lightweight anorak jacket, long sleeved t-shirt and classic black beanie, all featuring the custom ‘battleaxe’ branding associated with Mr. Trujillo.
The full TNT Advanced Prototype range can be found in selected skate stores across the UK and over at vans.co.uk now. 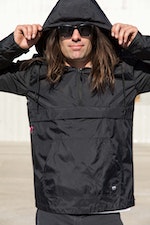 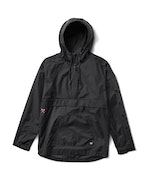 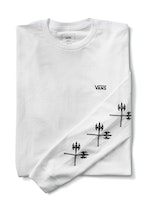