Superdead is the latest British board brand out of the house of TwoDist, which also distributes brands such as Modus Bearings, Antiz Skateboards and iPath. The company released its debut team ad in June 2010 with an initial team line-up of Andy Scott, Eddie Belvedere, Harry Lintell, Josh Parr, Chris Barrett and Ben Rowles, and there was also a distinctive first line of graphics. A couple of great web promos followed soon after.

On the weekend of the royal wedding in 2011, Barrett, Lynn, Scott and Belvedere travelled to Scotland for the War Of The Thistles event and to skate some rugged Scottish street – the resultant Royal Shredding film made for great viewing. Superdead was also one of the teams which competed at the 2011 Vans Downtown Showdown in London – best performer on the Superdead obstacle, which featured a hefty hubba, a quarter at one end and a big bank, was Nassim Guammaz.

Lynn graduated to the full team in 2012, where he joined former Blind rider Chris Oliver, who was welcomed to the team with an amazing edit filmed at the jagged DIY concrete jungle of north London’s Tottenham Hale. The current squad also features Czech rider Jirka ‘George’ Bulin and Mark ‘T-Bag’ Murray.

From Benjy Boards to Blueprint, Reaction to Superdead, here's part one of 'The Departed - UK board brands of yesteryear'.
6 years ago | by Ryan 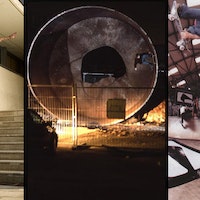 “What ever happened to…?” Where are they now? Vanishing Point: UK skaters MIA from 2000-2010 The first decade of the 21st century seemed to pass in the blink of an eye. Companies came...
6 years ago | by Jono Coote 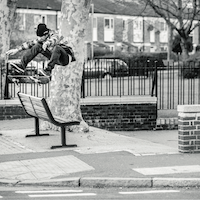 The sections that he has put out are uniformly mind blowing and can be seen over the next few pages, augmented with some web clips which are often just as...
7 years ago | by Jono Coote 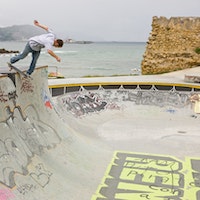 ...snatches of footage from various competitions, random clips in scene videos and a banging selection of photos mean that we still offer you a solid picture of the Bolton Jedi's...
7 years ago | by Guy Jones 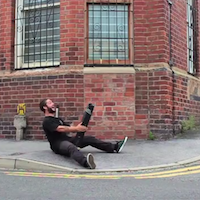 Here it is, Eddie ‘smeels of beer’ Belvedere‘s part from the Black Sheep’s full length video ‘too right’ is now alive online and we’re stoked. Eddie has killed it for ages...
7 years ago | by Guy Jones The second part from the Black Sheep’s full lengther is live online and it’s only Jiri Bulin! Jiri (or George depending on how you’re feeling) has been holding it down in...
7 years ago | by Guy Jones 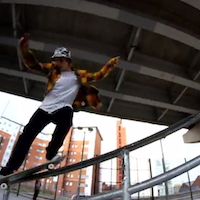 Over the past few months Jiri Bulin and Isaac have steadily been gathering these clips your about to see. In Jiri’s own words ‘I promise this will be my last...
7 years ago | by Guy Jones 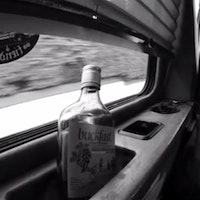 War of the Thistles 2014 footage fest!

We’ve been sent an absolute splooge of incredible content from the War of the Thistles event that ran last weekend and lordy, lordy it looked insane! Fergus Wood compiled the...