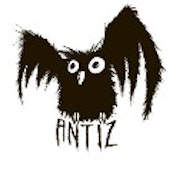 French company Antiz, one of the few remaining independent skateboarder-owned brands, manufactures skateboards, accessories and clothing from its base in Lyon. Co-founder Hugo Liard has also represented Carhartt WIP for many years, which has helped the two companies build up a close working relationship – in 2013, to celebrate Carhartt WIP’s tenth anniversary, Antiz launched a range of ‘hobo’ clothing designed by renowned graphic designer and artist Veenom.

Antiz specialise in their own unique style of low-budget touring, and many of these trips have been the source material for a series of great videos, including Antizipated (2003), Z Movie (2007) and The Occasional Antiz Flashback (2011). 2012’s amazing X Years promo, filmed and edited by Paul Labadie, also featured American Dallas Rockvam, who left Antiz in 2014 to join up with Frank Skateboards.

The 2013 film Swiss Banks, another collaboration with Carhartt WIP, was Labadie’s official video recap of a trip to the Alps, with graphics by Veenom and Juan Moreno and music by Palmbomen. The film, starring Sylvain Tognelli, Liard, Engelke, Joseph Biais and Dietrich, featured beautiful surroundings and a series of absurd spots, and its release coincided with an 18-page feature in Kingpin. 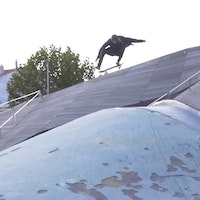 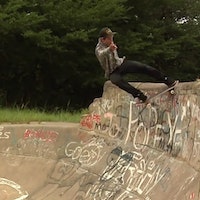 Samu Karvonen - Worst of the Worst

Three and a half minutes of Antiz ripper Samu Karvonen, his seemingly endless spot hunt and the gems that said hunt has unearthed.
7 years ago | by Ryan 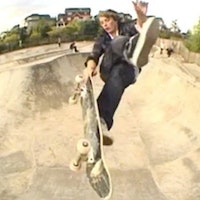 The elusive one time Vans UK rider Aaron Sweeney drops a full section for Antiz Skateboards on their 2011 video release “OAF”, featuring transitional terrorism all over the UK, Europe...
7 years ago | by Jono Coote 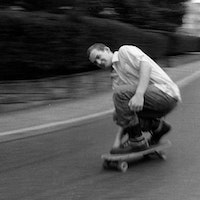 Here it is - our Fugazi skate video tribute - enjoy...
8 years ago | by Sidewalk 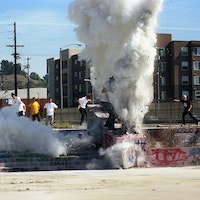 An Ode To Skate Video Skits

As an ode to Spike, here are some of his finest skate skits as well as some other memorable skate skits by others that have impacted our collective skate consciousness...
8 years ago | by Guy Jones Part 1 http://vimeo.com/108095784 ON their way to hellfest, the Antiz boys decided to smash up French Brittany with their classic hobo radness! Click through to the right to see all parts of...
8 years ago | by Guy Jones Converse have just released this edit of when select Euro heads got their Portugal on and tore the streets of Lisbon a new one! Check the footage below to see what...
8 years ago | by Guy Jones

Love seeing Antiz footage, in particular tour coverage as you can see how strong the team mentality is as well as being able to view some outrageous skating. See what they...
9 years ago | by Ryan 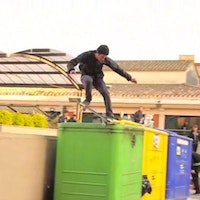 SkateboardMSM have got their mitts on an exclusive Portfolio edit with the Antiz crew – watch on below for pan-European shredding from Samu Karvonen, Gabriel Engelke, Dominik Dietrich, Julian Furones,...
9 years ago | by Ryan 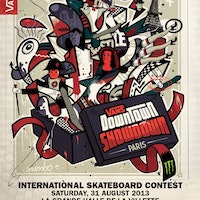 Vans are taking Downtown Showdown to Paris next weekend – check the teams who are going to be on board and get hyped! –        ANTIZ (EU): Sam Partaix, Dominic Dietrich, Samu...