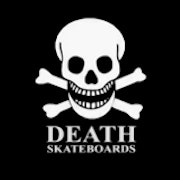 Death Skateboards has been owned and run by Hertfordshire-born skater Nick ‘Zorlac’ Orecchio since it began in 1998. Orecchio had founded Power Distribution two years previously, and that company still distributes Death as well as other brands such as Heroin, Landscape, the Stella Supply Co., Consolidated, Antiz, Kill City and Traffic.

Many of Death’s team riders over the years, including current members Dan Cates, Patrick Melcher, Matt Pritchard, Mark Nicolson, Richie Jackson, Dave Allen, Adam Moss and Dean Palmer, have lived for some time at Death’s HQ in the London suburb of Harrow, known as the ‘House of Doom’. This is obviously a very un-Californian skate brand, whose independence and Britishness has built up a loyal following,

The company’s distinctive range of boards began with a simple skull-and-crossbones (still selling well today) and currently features models such as Palmer’s signature ‘Death Dome’ board with artwork by Alistair Mooney, and the ‘Creeping Death’ range made up of signature boards from Pritchard, Cates, Rob Smith, Melcher, Boots and Jackson. Artwork and graphics on other boards come from artists such as Aye Jay Morano, Jay Bone and Jon Horner.

Since 2004’s Squadrophenia, Death has produced many videos, all of which have showcased Death teamriders’ resolutely light-hearted approach. The first Death DVD proper was Escape from Boredom, released in 2006, and this was followed in 2008 by Better Than Life, and, most recently, the five-years-in-the-making Ordinary Madness, which was accompanied by a 12-minute documentary looking back over the history of the company. 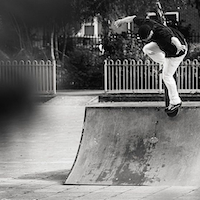 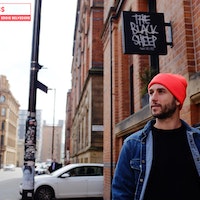 Product Toss: My Set Up with Eddie Belvedere 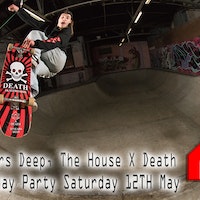 To say we're hyped for these two UK institutions to form like Voltron at the two decade mark would be an understatement...
4 years ago | by Ben Powell 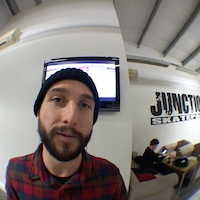 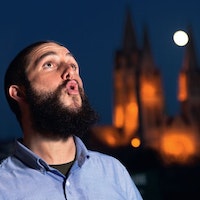 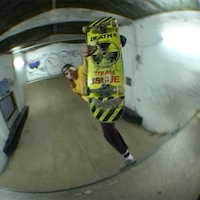 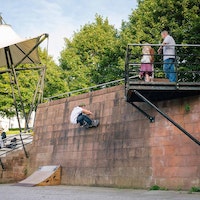 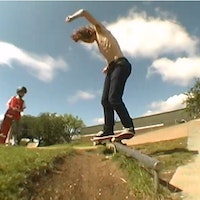 Mark Nicolson's latest throwback takes us to 2007, when Australian then-Death rider Dean Palmer came to stay at the House of Doom in Harrow.
5 years ago | by Sidewalk 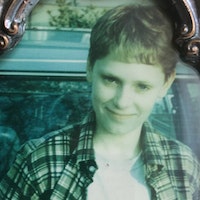