London-based Landscape is now in its second decade as one of the leading lights of the British skate scene, producing some of the best products around with a focus on style, quality and attention to detail. As well as its popular range of decks, including Southbank and Battersea models in the ‘Landmarks’ series and one-off signature models, there are also Landscape-branded 51, 53, and 55mm OG wheels and high performance Landspeed bearings.

Landscape was founded in 2003 by Mark ‘Fos’ Foster, and many of the company’s original teamriders, including Lancastrian Daniel ‘Snowy’ Kinloch, featured in the classic British film of that year, Chris Massey’s Portraits. Snowy is now in charge at Landscape, and, to celebrate the company’s tenth anniversary, he put together an all-new collection of apparel, designed and made in the UK.

2009 bought the release of the second Landscape film, Horizons by Alan Glass, featuring Curtis, Panday, Pressey, Milanes, Shimizu and Stansfield, a killer closing part from Snowy, and a predominantly British soundtrack including the Rolling Stones, the Charlatans and the Happy Mondays. In 2013, Landscape released a series of web parts and short clips, including an amazing new street edit featuring Gavin filmed and edited by Sean Lomax, and another full-length video is surely not far away. 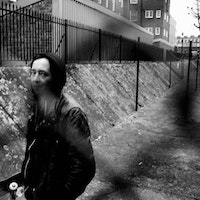 Nick Stansfield going in with Fos for the black sheep skate store! Click the image below to be taken through to Stanners hassling Fos in interview form.
7 years ago | by Guy Jones 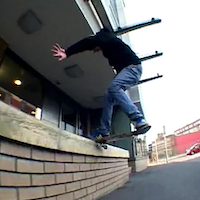 Stanners is most definitely no stranger to steeze, as proven with any form of documentation! Check his part from Mark Kendrick’s full length video ‘shads’ below for evidence. Muchos compliments...
7 years ago | by Guy Jones The Eazy Streets collective ventured out to the French haven that is Lyon. Check what went down from the likes of Dan Beall, Danny Jones, Henry Stables, Oli Glossop, Johnny...
7 years ago | by Guy Jones 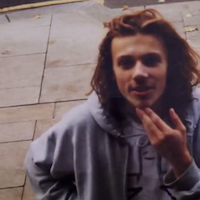 Keanu Robson is the latest geezah on Landscape skateboards and is the subject of this excellent perspectives part! Style in abundance, well constructed lines at well chosen spots, Keanu is...
7 years ago | by Guy Jones 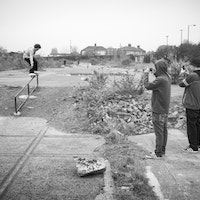 London-based Landscape is now in its second decade as one of the leading lights of the British skate scene, producing some of the best products around with a focus on...
7 years ago | by Ryan 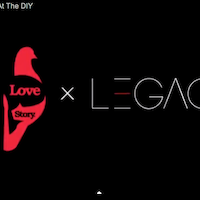 Story X Legacy - A Night At The DIY

Really feeling this Story x Legacy edit at the Sheffield DIY spot! Reminds me of First Broadcast. Watch below to see rad shredding from Ash Hall, Dan Beall and Alex...
7 years ago | by Guy Jones 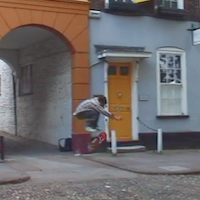 Ex Landscape rider and Norwich legend Tom Lock is the subject for this weeks Sunday Service. Watch below to see some Norfolk ripping! props to 5eyes skateboarding for the upload! https://www.youtube.com/watch?v=gGRPQYsRodA
7 years ago | by Guy Jones Jed Coldwell is the bomb! You should already know this but if for some reason you don’t watch his latest offering below, bringing technical ability to some crusty North West...
7 years ago | by Guy Jones 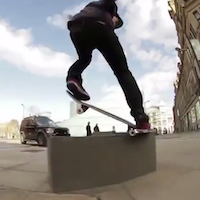 2 dons at their HQ, Joe Gavin and Tony Da Silva never fail to kill it! Watch them dominate the urbis in Manchester below. https://www.youtube.com/watch?v=ISsqZuIDehA&feature=youtu.be
8 years ago | by Guy Jones