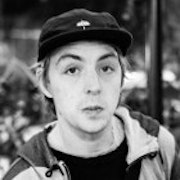 Daniel ‘Snowy’ Kinloch has been active on the skate scene for over a decade, first appearing in Blueprint Skateboards’ legendary First Broadcast (2001) and the Belong Tour video from 2002. Moving on to Landscape Skateboards, his parts have featured in the Chris Massey-edited Portraits from 2003 and Alan Glass’s Horizons from 2008.

He has recently taken over the reins at Landscape, organising a new range of UK-made apparel to celebrate the company’s tenth anniversary, and taking the team, including Joe Gavin and Joleon Pressey, out to Athens to coincide with a Sidewalk article and tight edit by Sean Lomax. He also worked with old friends Toby Shuall and Dan Callow to open the east London branch of Slam City Skates.

Snowy was born in Lancaster in the north of England, but fell in love with London after first visiting the city as a ten-year-old. After contracting the skating bug in Manchester, where he skated with riders such as current Landscape teammate Gavin, he moved south full-time at the age of 15, when he lived in a skate house in Bromley and went skating all day in the City.

Now aged 30, he has been based in the capital ever since, playing a major part in the rise of British skateboarding. As well as Landscape and Slam City Skates, Snowy is also currently sponsored by Hélas, Paradise Wheels, Stella Supply Co and Altamont (flow), and has travelled the world as part of the Nike SB UK team, including trips to New York City and Australia. 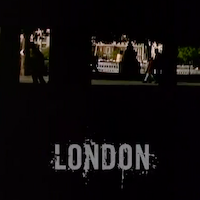 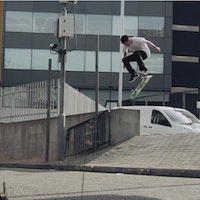 Sit back and enjoy some outright dopeness from the feet of Mr Shimizu alongside cameos from Joey Pressey and Snowy.
8 years ago | by Jono Coote 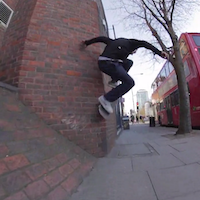 Snowy and Casper Brooker hit the streets of London for this Nike SB and Slam City Skates clip, good mellow vibes for this one! https://vimeo.com/119336362
8 years ago | by Jono Coote 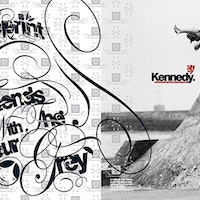 An Ode to Blueprint Skateboards

An ode to Dan Magee's much missed brainchild, Blueprint Skateboards
8 years ago | by Ryan 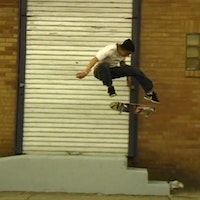 Slam City and Josh Stewart have joined forces to bring you the online release of Daniel ‘Snowy’ Kinloch’s section from last years excellent Static IV. Featuring a cameo for Snowy’s long...
9 years ago | by Guy Jones 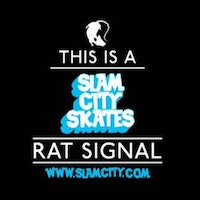 Remember the Rat signal videos which came out prior to Slam City’s video ‘City of Rats’? Well they’re more than enjoyable, and remind you of some of the absurd tricks down...
9 years ago | by Guy Jones Sidewalk & Kingpin at the HTC One skatepark

The HTC One skatepark is open, free and ready for infiltration by all of you. A select few heads got their shred on there last night and it’s fair to...
9 years ago | by Ryan 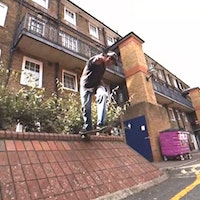 See below for a short promo for Domestics Clothing, featuring a mash up of New Jersey and London clips from Fred Gall, Charlie Young, Quim Cardona, Torey Goodall and Snowy… http://mpora.com/videos/AAdouy8w1m7e
9 years ago | by Ryan More sections from 'Nobs on Logs'...

Anth Carr has been carrying on with his weekly mission to upload his Durham centric scene video ‘Nobs on Logs’ – catch up now with sections from local lads Fenwick...
9 years ago | by Ryan