So here it is, the last Sunday Service of 2010, and what better way to end the year than by bringing you a full length, heavily sought after UK classic from the early 90’s?

“Sound and Vision” was one of Mike Manzoori‘s first forays into the world of independent video production, following on from the 1991 London scene video “Bubblegum Weekend”, which was made as collaborative effort alongside Fraser Hamilton and Mark Channer.
Focused on the scene in and around London and The South throughout the early 1990’s, “Sound and Vision” features plenty of otherwise unseen footage from Tom Penny, Mark Channer, Danny Wainwright, Carl Shipman, Matt Pritchard, Alan Rushbrooke, Alex Moul, Luke McKirdy, Andy Scott, Dave Allen and pretty much anyone else who happened to be passing through town. In addition to the heavy line up of UK heads, Mike also racked up footage from a variety of early Radlands and St Albans comps, which lead to appearances from visiting US pro’s including Mike Frazier, Jeremy Wray, Pat Duffy, Mike Crum and Danny Way, to name but a few.

Coming in at just shy of 40 minutes, I’m sure most will agree that this is a much better way to pass on part of your Boxing Day afternoon than dithering about scoffing leftovers from yesterday whilst catching up on Eastenders or Corrie or whatever.

Massive props are in order to both Mike Manzoori for allowing us to share his lesser seen UK gem with the world, and Mark Nicolson for all his hard work in making it happen and hooking the whole thing up – you’re both beasts of the highest order! Now go forth and enjoy – see you in 2011… 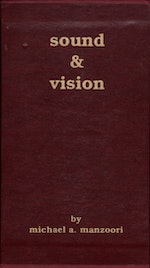 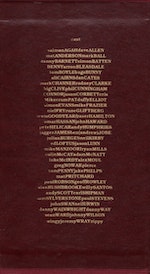 Volcom “Somewhere On Tour” – Dollin, Chima, Caswell and Braydon meet up with the UK Stone Squad to hammer some UK spots on the down...

Volcom “Somewhere On Tour” – Dollin, Chima, Caswell and Braydon meet up with the UK Stone Squad to hammer some UK spots on the down...

Slam City’s annual slideshow has made its way into the world, with countless snapshots from 2010 covering all the highlights of 365 days in the...