There can be a multitude of reasons why great photos are never run and end up languishing on a hard drive somewhere.
The primary reason for it is that the trick in question was never landed, closely followed by a swift change in sponsorship for the skater involved, thus rendering their heavily logo’d antics in the photo obsolete. In the case of the photos shown here however – neither one of those two cardinal sins apply. Every one of these tricks were fought and paid for, and ridden away from cleanly, but for whatever reason, still ended up in digital purgatory – so we thought we’d take an opportunity to air them for the first time. Enjoy…

All photography by Chris Johnson Tyrone O’Hanrahan – switch kickflip – Manchester, May 2011
Classic MCR spot, powerful gurn and perfect form on this switch kickflip – we can only assume that Ty boyed himself off here by shooting far too many other photos, leaving this one redundant and forgotten. Korahn has made it pretty hard for himself in Bristol by single handedly rinsing the entire city over the last decade. This shot got bumped for a few reasons – a) he’d already had a cover at Little Lloyds years back, b) it was shot simultaneously with another person skating the other side and thus is arse-shot and c) it kind of needed to be a sequence but who wants to see a sequence at a spot as rinsed as this?

If you go on a trip with Sean Smith at the height of his game and end up at a spot like this then you’re going to struggle to get your photo run, (Sean nollie inward heelflipped this bump to bar moments later – the footage is in his In Progress section). Massively popped as ever but got burned by a team mate. This spot is also outside a public toilet and stank of piss. God knows why this one never got used. Maybe because it was “just an ollie”? 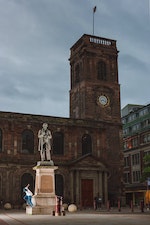 I can never remember whether or not this is ‘St Anne’s Square’ or ‘Fake St Anne’s Square’ but either way, in Manchester the photos and footage flow like Boddington’s so this one probably stayed unused simply because Mancunions (or in Stanner’s case ‘Stockportians’) shoot a million photos on the regs.

You can probably blame Sean Smith (again) or Rob Selley for this one never being run since they both probably did it switch 500 years ago. MK ledge game ain’t nothing to fuck with. Does that yellow paint make the stairs look smaller than they are? I’ll run with that…

“He’s doing it so I may as well shoot it whilst everyone else is sweeping Rizlas out of the tour van.”

Vile is a victim of his own productivity at times. We once had to give him a temporary ban from the mag seeing as how he can shoot an interview on the way to buy some milk. This is from the recent Dwindle Summer Tour where Kris shot too many photos to use in 48 hours. 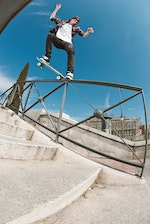 This is from the same DC trip to Madrid as Dave Snaddon’s flip shifty (seen above) and was a warm up for something else, but before Keith had a chance to get to it, Dylan Hughes had back smithed, backlipped and back overcrooked this deceptively ‘perfect’ looking rail in about 5 goes. Unlucky.

“He was jamming out of the side, not over the top!”

“Yeah but it looks like he’s ollieing on the flat next to it mate.” 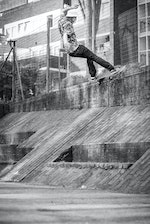 Harry is so next level good at skateboarding that something like this is almost immediately consigned to the ‘throw away’ pile. Self-boyment via actual ability. 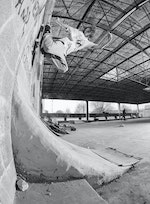 Team trips are the worst time for photo-boyment. Ten dudes roll up, ten dudes get a trick, one dude gets a photo. 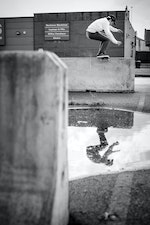 Spot-rinse curse on this one, as I think Doug McLaughlan did a lien air transfer to axle over the same barrier about 5 seconds after little man landed this. “Charlie don’t boardslide.” The spot that all photographers hate but all filmers (well at least those ones outside of Bristol) love. Good shapes but ABD x 1 zillion.

“Then he went and frontside ground in exactly the same place 5 seconds later.”

Dougy one-upping himself with a floating knee cap powered purely by Tropicana lager and the Zimbarbs.

Tumblr would go mental for this one.

NiGHt Of tHe LivING deAD - Retrospective

15 years (to the day) have passed since the very first Meatclaw orchestrated Night of the Living Dead event exploded in your face at Rampworx...

NiGHt Of tHe LivING deAD - Retrospective

Saturday 29th of October saw a ghoulish coming together of Leeds’ RWTB collective and various itinerant visitors for a loosely-planned Halloween Jam on the ever-growing...

A solid crew were in Barcelona this summer for the Girl Skate UK annual trip - the edit's taken a while to appear but now...