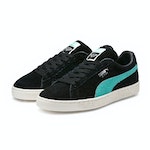 Here’s an interesting collab to start the year with, in the form of the first of a series of Puma x Diamond Supply retro-inspired 2018 capsules.
For those of old enough to remember late-flips before Instagram, Puma was one of the top choices of footwear for skaters across the world back in the early 90’s after a number of classic Puma silhouettes (namely the ‘States’ and the ‘Baskets’) appeared on the feet of the many of the most progressive and influential street skaters of the EMB era.
(See Rick Howard’s section from Plan B’s ‘Virtual Reality’ video for an example).

Since those heady days, Puma have dipped their toes into the skateboard world intermittently, sponsoring the likes of Kien ‘Donger’ Lieu in the mid to late 90’s, wandering flaneur and Francophile Scott Bourne in the 00’s and, more recently, adding buck-tooted balance boy Joey Brezinski to their team roster.

2018 sees Puma return to the world of skateboarding with this Puma x Diamond Supply Co collaboration drop, bringing back a couple of the much-loved Puma silhouettes (The Puma ‘Suede’ and a canvas iteration of the Puma ‘Clyde’) in colourways taking inspiration from Puma’s 70’s aesthetic. The iconic court classics, the Puma Suede and Clyde are remixed with Diamond Supply Co.’s iconic DNA and colours and the archive sneakers are complemented with a range of apparel and accessories including the bold colour-blocked Wind Jacket and Tees with graphics from the Puma archive. 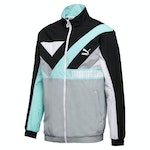 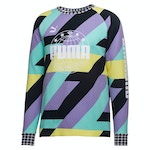 The first of these 2018 Puma x Diamond Supply Co collaboration capsules drops on January 27th at selected retailers, with a second collection due out in Summer (from June 9th) with evolution versions of the iconic court silhouettes from drop one, including the Clyde Sock Lo and all-new slip-on, zip-up Abyss.
Peep the full range over at @PUMASportstyle #PUMAXDIAMONDSUPPLY 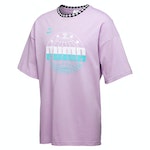 DGK - Beware of the Underdogs

DGK presents 'Beware of the Underdogs', a promo clocking in at just under ten minutes in length which showcases the younger generation on the team.

DGK - Beware of the Underdogs

The year's best skateboard trucks reviewed by the Sidewalk team

The year's best skateboard wheels, reviewed by the Sidewalk team