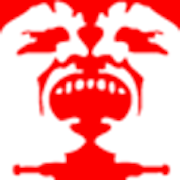 Online skateboard mag Crossfire’s annual, infamous Halloween Massacre event, in association with Vans, is staged at the BaySixty6 skatepark in west London. Since the first edition in 2007, it has featured some insane skateboarding, well illustrated by the 2009 edit of proceedings, which featured skaters such as Aaron Sweeney, Greg Nowik, Barney Page, Helena Long, Becky Jacques, Daryl Nobbs, Dave Snaddon and Nicky Howells.

The after party is always equally entertaining – in its seventh year, the gnarliest Halloween party in town was held in 2013 on the Battersea Barge and featured Shikari Sound System, Baby Godzilla, and DJ sets from Gallows guitarist Lags and Sweet Dreams. The night was even shut down briefly after revellers in the mosh pit ripped down cables and lights during Baby Godzilla’s set. 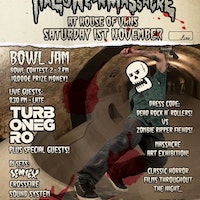 Photo: Loic Benoit VANS x CROSSFIRE HALLOWEEN MASSACRE 2014 at HOUSE OF VANS LONDON plus BOWL JAM With 10,000EUR Prize Money and Live Music from TURBONEGRO AND SPECIAL GUESTS “The gnarliest Halloween party in town!” – NME “You are in for...
9 years ago | by Ryan 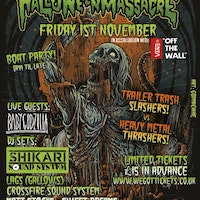 The annual Caught in the Crossfire orchestrated Halloween Massacre is returning to the waterways of London this coming Friday, with a massive boat party being held on the Battersea Barge,...
10 years ago | by Ryan Footage from Caught in the Crossfire’s Halloween Massacre 2012 is now online and ready to be watched below, featuring fancy dress bangers from the likes of Dan Hill, Danny Carlson,...
10 years ago | by Ryan 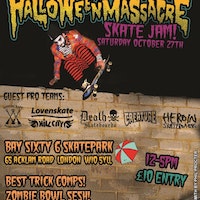 Mark out Saturday October 27th in your diary now, as that is to be the date of this years traditionally ballistic “Halloween Massacre”, with the gnarliest Zombie led skateboard event...
11 years ago | by Ryan Behind the scenes of Crossfire's “Toxic Wasters“ sticker exhibition

The Crossfire “Toxic Wasters” sticker packs are now available to pre-order ahead of their epic Halloween Massacre next Friday – for more details on all of that, and a bit...
11 years ago | by Ryan Caught in the Crossfire have gone sticker mental lately, not only putting together a full article on everyone’s favourite collectible artifacts, but also honoring skateboarding’s love for stickers by creating...
11 years ago | by Ryan 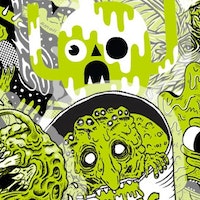 Ahead of their hugely anticipated “Toxic Wasters” skateboard sticker art show at this years “Halloween Massacre”, Caught in the Crossfire have just launched an interesting article celebrating “The Wonderful World...
11 years ago | by Ryan 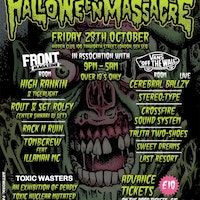 To mark the tenth anniversary of Crossfire’s existence, Zac and the boys are bringing their Halloween Massacre back to London on Friday 28th October, so get prepared well in advance...
13 years ago | by Sidewalk Magazine 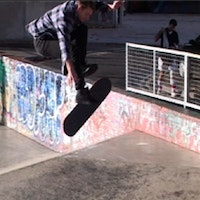