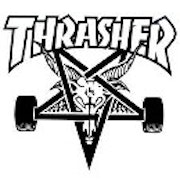 Legendary skateboarding magazine Thrasher was founded in 1981 by Eric Swenson, Fausto Vitello and Kevin Thatcher, and is credited with re-energizing the sport and then propelling it to international popularity. Swenson and Vitello began the magazine primarily to promote their business, Independent Trucks, but it soon took on a life of its own, with an anti-establishment tagline ‘Skate and Destroy’.

Vitello died in 2006 and Swenson committed suicide in 2011, but Vitello’s widow Gwynn remains president of Thrasher’s publisher, the San Francisco-based High Speed Productions, which also publishes Slap and art magazine Juxtapoz. With a current circulation of around 250,000, regular features in Thrasher include interviews, ramp plans and skatepark reviews, while over on the website, a highlight is ‘Burnout’, the blog of staff photographer Michael Burnett.

Thrasher is well-known for awarding the prestigious, reader-voted Skater of the Year title – since Tony Hawk walked away with the first award in 1990, it has been won by skating legends including Eric Koston, Andrew Reynolds and Daewon Song. The only skaters to have won the prize more than once are Danny Way (1991 and 2004) and Chris Cole (2005 and 2009).

Since the very early days, Thrasher has released some great videos, including a series of films with footage from its own King of the Road competition, in which four teams of pro skaters must complete a series of challenges in locations across the US. 2013’s King of the Road champion was Birdhouse Skateboards, which pipped Real, Enjoi and Chocolate to the title. 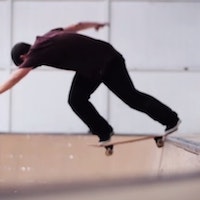 The Welcome Bowl in Madrid gets a proper seeing too courtesy of Ross McGouran, Emilio Arnanz, Jacopo Carozzi and more! https://www.youtube.com/watch?v=Q22DnOZ5rTc
7 years ago | by Jono Coote 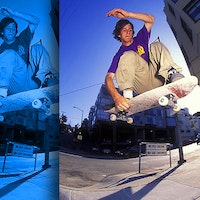 After last week's Wade Speyer Footage Feast, it seemed only right to piece together a short photo recollection of one of skateboarding's fastest and gnarliest. Here's ten of our favourite...
8 years ago | by Guy Jones This is ridiculous, next level shredding here, filmed during Thrasher’s vacation in England! Too gnarly to write any more here, just watch below and have a spare nappy change! https://www.youtube.com/watch?v=nu0IQkNsWmc
8 years ago | by Guy Jones We’ve been posting Bru-Ray edits throughout last week which you can access: here, here, here and here if you missed, or wish to revisit them (recommended). The latest clip is a...
8 years ago | by Ryan 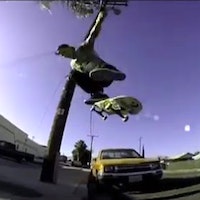 I’m not too sure about the animations or the VHS filter, but new Nick Trapasso footage is always welcome round these parts… http://www.youtube.com/watch?v=FL-fMRxEoa4
8 years ago | by Ryan 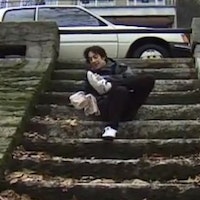 Ali Boulala and The Sketchy Bank - via French Fred. Oh my days, Bastien Salabanzi’s ‘Lost Part’ is finally upon us and, as expected, there’s quite literally no disappointment found on radar. Ten years on from when it was initially filmed...
8 years ago | by Ryan The release of his hugely anticipated ‘Lost Part’ is only a few hours away, but Thrasher have seen fit to further hype up the impending Bastien Salabanzi madness by dropping...
8 years ago | by Ryan Well, the rumours of an unseen Bastien Salabanzi section that was filmed after the release of Flip’s ‘Really Sorry’ in 2003 have turned out to be true, and Thrasher will...
9 years ago | by Ryan Catch it while you can! John Rattray’s ‘Cold War’ section is online at last, but judging on Zero’s online premiere policy it will only be online for the next day or...