Episode 3 of Jake’s Crates sees a montage of pure torment as Garry ‘Woody’ Woodward repeatedly canes his body trying to boardslide the horrible Castlefield handrail in Manchester back in 2001. It took over ten years for anyone else to be brave or stupid enough to try this again.

Big up the Dock.

Check out our exclusive interview with Woody about the battle below the video.

You must’ve first started trying this bloody awful rail back in what 2001/2002 – what the hell possessed you firstly to skate it at all, and secondly why a boardslide? Surely that’s the worst trick for a rail like that, at least in terms of slamming potential?

I started trying it in 1999 during the filming for Neil Chester and A4’s Hating Life video. I remember being at a point in filming where I just wanted to do something big, something that would really stand out and something that would push the boundaries of what was going on at the time. It wasn’t really showing off, I just wanted to do something, to bring something to the table. I was filming something down Oxford Rd way, it wasn’t really going to plan and out of frustration I was like, “I want to go and look at the Castlefield rail, I think I’ve got it!”. Everyone was like, “what the fuck are you talking about?” It had never really entered anyone’s mind that it might be skateable.

As far as the trick selection goes, you just don’t see that many straight up boardslides on large handrails, they’re kind of hard to maintain and lock into, so that’s why I wanted to do a boardslide. I guess there was also an element of a boardslide always being the trick I’d try first on most obstacles growing up, you know, just to test it. Guess it’s a different story on a 22 stair rail though.

Give us a run down of the scenario as far as that thing is concerned too please – I mean there’s basically no run up or run out, I’m pretty sure that Leo probably had a hand in bullying you into it, and you slammed on your nuts on a few different occasions: were you that keen on doing it, or did it turn into torture? How badly did you hurt yourself in comparison to some of your other hospitalizations?

Well, basically, it’s about a 10 foot run up into a 22 stair handrail, I’d tried carving into it but I just couldn’t get the angle right so I decided on the idea of leaning a sheet of plywood against the set of stairs directly behind the rail in order to do a drop in run up. It was pretty damn fast, as soon as I’d drop in, the rail was upon me, not really a lot of time to think. On a few occasions I’d put wood down the side of the stairs to practice running out.

It was a case of just dropping in, jumping and running down the stairs, jumping and sliding down the rail on my belly, or running and tripping and eating shit. When I eventually started trying to slide it it was just a comedy of errors, sackings, and slams. It’s not often in life you get to feel that kind of buzz through being so reckless with your safety, it’s a weird sort of high that you can’t really explain – I’m sure most skaters who are into rails and really gnarly stuff know what I mean, guess it’s just adrenaline and fear but with some other shit mixed in. It’s like doing a gnarly cliff jump that takes a while to work up to but then knowing you’re going to hit a few rocks on the way down every time you attempt it.

I went back to the rail something like 5 weeks in a row initially, and fucked myself up every visit. I’d be trying it for over an hour each time, getting really heated and stressed out and anytime people stopped to watch I’d end up yelling at them to go away: sometimes I could end up being a real dick about it but just cause I was stressed. I just couldn’t deal with the distraction of spectators or things in the corner of my vision.

I broke my wrist in Sheffield and fractured my coccyx, that was the end of the first bout of trying the rail. I went back periodically over the next few years and did the same thing each time – go back every week for about 5 weeks, yell at people, fuck myself up then try again in a year’s time. It just became something that completely got into my head, I’d think about it all the time, visualising it and going over it. Skateboarding was always the thing I’d go to bed thinking about (and still is to an extent), it’s just part of the process of learning. Visualising and imagining is a massively important part of learning a trick… or actually doing anything, if you can’t imagine and see yourself doing something, then you’ll never do it! However, despite all that visualising (haha), in the end it got the better of me, I broke my collar bone filming for Leisure (Stu Bentley’s Manchester video), had surgery and took a massive step back.

You still live in Manchester so I’m assuming that you and the Castlefield rail cross paths fairly regularly. Do you ever think about trying it again? Or maybe go up to it and spit on it to show your hatred for the thing?

I often think about it, even to a point where I guess I’ve not fully put the idea to bed. I’m definitely no spring chicken anymore but you never know, I sometimes surprise myself, all depends on the day. Every now and then I get the urge to get gnarly… more a case of the head says “yes” and the body says “no” though.

When was the last time you skated a handrail? Have you grown up since your ‘hammer-era’ or do you still dream of conquering bannisters located around MCR?

I’ve not skated a proper street handrail in a while, I still skate them in skate parks though, just stuff that feels fun. I’ve definitely learned to just enjoy the feeling of cruising round and not feeling like I have to do stuff out of my comfort zone. Give me a mini ramp, a bowl or a vert ramp and I’m happy.

Be honest here, were you stoked or secretly a bit gutted when that Aussie guy Blake Harris came to MCR and feebled ‘your rail’? I mean, feeble is easier right?

Only in the sense that I wanted to do it so badly and that I put a lot into it. Anyhow my term was over, I’d given up on it. It was 15-16 years ago, skateboarding was different, today big rails are commonplace, the way skaters view things is different, things are seen as possible rather than maybe possible, that’s how everything progresses, especially skateboarding… I’m still not watching the footage though! Hahaha! 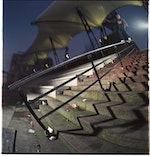 As promised, every Monday we will have a brand spankers wallpaper to spice up your computers desktop. This weeks subject is one Denis Lynn photographed by...

We have another Day in the city throwback for you this Sunday featuring many talents; Benny Fairfax, Chewy Cannon, Danny Wainwright, Woody, Greg Finch, The...

Joe Roberts styling on your screen right here! Watch below to see Manchester get seen to with lines for days bruv! Filmed by Nick Jones and...

As promised, every Monday we will have a brand spankers wallpaper to spice up your computers desktop. This weeks subject is one Denis Lynn photographed by...

We have another Day in the city throwback for you this Sunday featuring many talents; Benny Fairfax, Chewy Cannon, Danny Wainwright, Woody, Greg Finch, The...

Joe Roberts styling on your screen right here! Watch below to see Manchester get seen to with lines for days bruv! Filmed by Nick Jones and...

This one goes out to those oddballs taking the other path, getting laughed at and carrying on regardless to the general good of skateboarding's advancement.

2 dons at their HQ, Joe Gavin and Tony Da Silva never fail to kill it! Watch them dominate the urbis in Manchester below. https://www.youtube.com/watch?v=ISsqZuIDehA&feature=youtu.be