enjoi Breaking Rad UK tour
Prepare yourselves Panda fans as an elite cadre of enjoi skateboards team will be over in the UK at the end of August touring the country on their ‘Breaking Rad’ tour.
Featuring the likes of Ben Raemers, Louie Barletta, Thaynan Costa, Zack Wallin, Jackson Pilz, Didrik Galasso and UK heads Seb Batty and Dale Starkie. 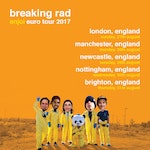 The enjoi Breaking Rad Uk tour will start off in London and head north as far as Newcastle, before ended up back in the south at Brighton. See below for all dates/venues. 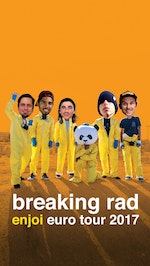 KOTR's winning team hits Manchester for a sesh with the locals

Blunt benihanas, crooked grinds up handrails, Richie Jackson challenges, doubles with Andy Roy and next level ledge tech - it's all in the mix...

Welcome Skate Store celebrated its seventh birthday last weekend with a jam at the Hyde Park vortex, with Vague Skate Mag covering the jams on...

Jackson Pilz is pro for enjoi

Last year's Australian Skater of the Year and occasional benihana fancier Jackson Pilz is now officially pro for enjoi! See exactly why with this short...

Jackson Pilz is pro for enjoi