Tech skating sensation Will Golding is a team rider for Unabomber Skateboards and Super Toxic Urethane, and is also sponsored by DVS Shoes, Destructo, Neff Headwear, Nottingham’s Forty Two skate store and Gino Iannucci’s US-based Mighthy Healthy. Together with skaters such as Callun Loomes, Joe Marks and Mike Simons, he is also part of Get Lesta, providing the closing section for the crew’s 2012 DVD What’s Cookin’?

Among his other video appearances are a slow-motion montage of tricks filmed at Rotherham skatepark in 2010, filmed and edited by Elliot Tebbs, a part in the 2011 independent release from Hooked, Yo Gimme Dat, and a part for Adio in 2012 in which he skated the streets of Nottingham.

Will was born and grew up in Nottingham, a city with a healthy skate scene and lots of amazing skaters. He began skating at the age of 10, developing his skills as a youngster at the city’s Market Square and the nearby Arnold Bowl, and secured his first sponsorship deal with Adio when he was just 15. He has since skated in spots around the world, including at The Berrics in LA.

However, at the moment, Will is happy in his hometown, where he is training to be a Healthcare Assistant and skating three times a week after work and both days at the weekend. HIs latest video release was a Checkout for Red Bull Skateboarding in early 2014, which featured an amazing hardflip backtail 270 shove out.

View More Will Golding
4 years ago | by Jono Coote 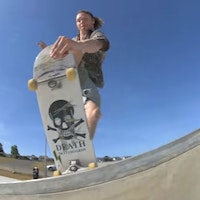 A brief edit filmed during sessions with Will Golding, Jake Sparham, Adam Moss, Harry While, Finn McCormick, Josh Rounding and Matt Beer.
5 years ago | by Sidewalk 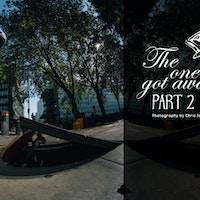 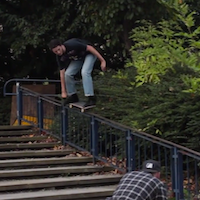 Wide open derelict space, rubble ripe for the building and abandoned street furniture to create with at will...
6 years ago | by Jono Coote 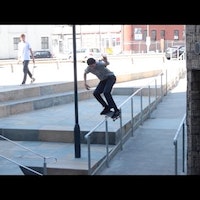 Quintessentially Northern street spots, John Cooper Clarke on the soundtrack and a wide array of rippers...
6 years ago | by Jono Coote 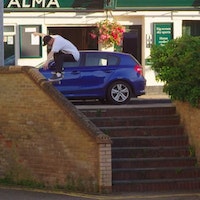 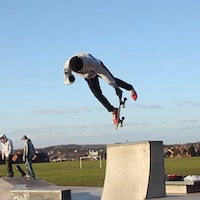 Photos and tales of 80s vert legends, modern vert prodigies, back tails on the path to head injury recovery, giant liquorice allsorts and Last of the Summer Wine-themed hillbombs amongst...
7 years ago | by Jono Coote Get Lesta do Rock City

Check it out, and support your local indoor park this winter!