Over recent years, young Sam Bosworth has grown into one of the UK’s top halfpipe skateboarders, regularly beating riders twice his age at competitions around the world. Sam made history in 2009 by winning gold at the X Games in Amateur Halfpipe and, in doing so, he became the first ever British champion of an X Games skate contest, an achievement made all the more remarkable by the fact that he was only 14 years old at the time.

He built on that early success with a silver medal performance in the same competition the following year, and has also put in top performances at events such as the 2012 Vans UKSA Vert Championships at Alexandra Palace (where he finished second, picking up a cheque for £2000) and at Boardmasters 2013.

Hailing from the Cornish town of Newlyn, Sam began skateboarding at the age of six, when his grandmother bought him a board. With constant help and support from his parents, he took his first rides at nearby Wherrytown skatepark, and first stepped onto the Vert ramp at Mount Hawke skate park, just outside of Truro.

Skating with a regular stance, Sam never fails to amaze crowds with his incredible bag of tricks, including seven foot airs, back to back mc twists and double kickflip airs. He is currently part of Team Extreme, and has also attracted sponsorship deals with companies such as Plan B, Pig Wheels, Quiksilver, etnies, Independent Trucks, Ride Skate Shop, Mob Grip and Real Skateboards. The King Ramps crew have been busy on various missions this summer and have come back with a couple of edits of vertical shredding to prove it. Featuring Andy Scott,...
8 years ago | by Ryan 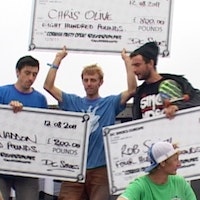 Matt Hunt digs in his Cornish archives and comes through with a whole load of shredding in the Cornish sun from Boardmasters 2011. Dave Sanddon, Nicky Howells, Sam Pulley, Dan Wileman,...
9 years ago | by Ryan 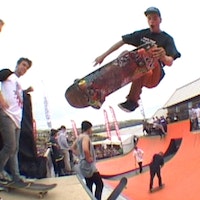 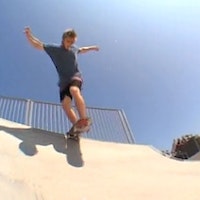 Matt Hunt accompanied Phoenix Luke, Adam Moss and Eric Wade on their first roll around Wherrytown Plaza, Penzance. Check out the resulting clip below – also featuring other locals such...
10 years ago | by Ryan 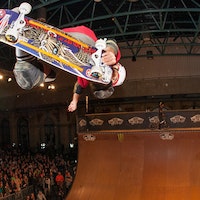 The last of Chris Johnson’s ‘2012 Recap’ features is online now, which sees CJ delivering all the photographic vertical bangers from last November’s Vans Warped Tour at Alexandra Palace, London. Have...
10 years ago | by Ryan 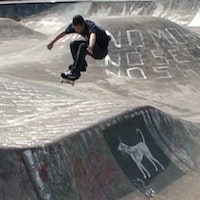 'In Progress - The Bonus Disc' Part 8: Parks and James Foster.

We kick off this week by bringing you the park montage made up of footage gathered whilst filming for In Progress, plus a short part from Sore Skateboards dog enthusiast...
10 years ago | by Ryan 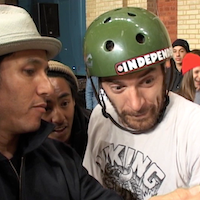 Last Saturday, the majority of the UK vert scene made their way towards London for the UK Vert Championships 2012, which took place at Alexandra Palace as part of the...
10 years ago | by Ryan Alan Glass and Marc Churchill team up to bring you the fourth episode of Pixels, featuring an Out of Order montage with Jed Cullen, Rob Mathieson, Sam Bosworth and Joe...