The UK Mini Ramp Champs take place each year, usually in November. Since 2008, when the event was won by Vans skater Aaron Sweeney, the Mini Ramp Champs have taken place at the X-site Skatepark in Skegness on what is universally regarded as one of the best mini ramps in the country.

In early 2012, the ramp’s original birch surface, which had survived for six years, was replaced by a layer of Russian ‘chudo’ birch, diagonally applied to minimise the effect of sheet joins and be more pleasing to the eye. A new extension was also installed in place of the original jersey barrier and a kicker was added in place of the old tranny gap.

Despite many of the regular faces not appearing later that year because of injury, the competition was possibly the best yet, with heads from all over the British Isles battling it out for a share of the £1,000 prize purse. Ryan Hurt eventually emerged in first place, with Andy Scott coming a close second and Denis Lynn finishing third. Sidewalk put together a great edit of the competition, also featuring skaters such as Jak Tonge, Jed Cullen, Sox, Benson and Lois Pendlebury.

The competition returned to sunny Skegness in November 2013 for two more days of traditional transition-based carnage. Following the girls’ jam and under 16s comp on the Saturday, pros and sponsored types from around the UK took to the ramp on the Sunday with Ged Cullen emerging victorious from Greg Nowik and Sam Pulley. Lois Pendlebury won the girls’ competition. 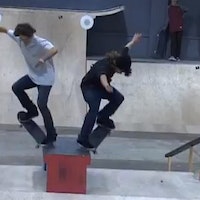 Straight from Adam at The Drawing Boards… “Went down to Skeg over the weekend for the Mini Ramp Champs and ended up filming an edit. Edit features Jak Le Tonge ,...
8 years ago | by Ryan 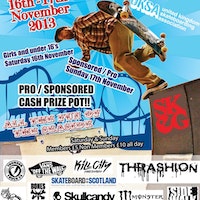 The annual UK Mini Ramp Champs are all set to return to Skegness over the the weekend of November 16th/17th, for two days of traditional transition based carnage at X-Site...
8 years ago | by Ryan Any Scottish transition enthusiasts out there who fancy earning themselves a trip to the UK Mini Ramp Champs in early November need to pay attention, as Skateboard Scotland have got...
8 years ago | by Ryan 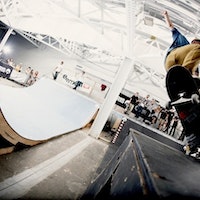 The Ledge Tradeshow is set to take over the London Olympia once again over the course of September 1st-3rd. In addition to the usual gathering of industry heads and retailers, the...
8 years ago | by Ryan The Ledge Tradeshow is set to take over the London Olympia once again over September 1st-3rd. In addition to the usual gathering of industry heads and retailers, the show will also...
9 years ago | by Ryan Catch up with The Skateboarding Show now...

Brett has just sent us through the last three weeks worth of The Skateboarding Show – listen below now… UK Champs from The XC featuring Tom Harrison, Manny Lopez and a...
9 years ago | by Ryan Despite many of the regular faces suffering from predominantly knee based injuries, yesterdays UK Mini Ramp Champs at X-Site Skatepark went off! Heads from all over England, Scotland, Ireland and Wales...
9 years ago | by Ryan 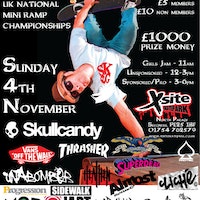 The UKSA Mini Ramp Champs are returning to Skegness next weekend with a grand on the line for the country’s finest transition focused humans – check the flyer for the...