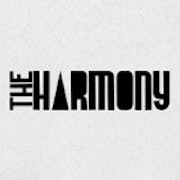 Since then, The Harmony has released a series of great visual offerings, including its second full-length film Wolfstadt from 2007, which featured new am signing Tony Da Silva. The 2009 promo River’s Edge also featured Ali Drummond from Tunbridge Wells, while Psycho Killers from 2011 featured Gavin, Drummond and Da Silva, together with Jamie Errington, Taylor Oakley, Pablo Aresu and original team member and new pro Pietryga.

Long-time British skateboarding legend Da Silva turned pro with The Harmony in 2012, and he makes up the company’s current team along with Pietryga, ex-Supernaut rider Will Harmon, Drummond, and the calm and creative Jeremy Jones. Also on the team is Reading’s underground destroyer Dom Henry, who developed his skills at spots around the world, including Toronto, Canada.

Together with brands such as Isle, Primitive Apparel, Stereo and Rastaclat, The Harmony is now part of Rock Solid Distribution, offering distinctive decks such as Pietryga and Da Silva’s signature models in the ‘Mosaic’ series, and the Pietryga-endorsed art deco ‘Walthamstow Stadium’. Recent videos include the 2013 tour film Sledging in Sarajevo, also featuring Luka Pinto and James Cruikshank.

View More The Harmony
7 years ago | by Jono Coote

From Benjy Boards to Blueprint, Reaction to Superdead, here's part one of 'The Departed - UK board brands of yesteryear'.
7 years ago | by Jono Coote 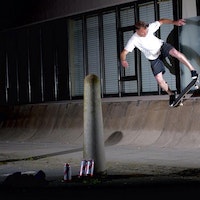 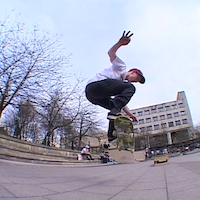 Mondon Crates – part 2. This episode features raw footage from a Harmony skateboards filming trip to Scotland featuring the full team of the time, plus Ben Grove and Frank...
8 years ago | by Guy Jones 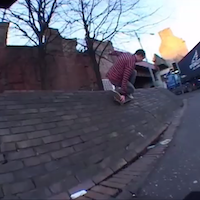 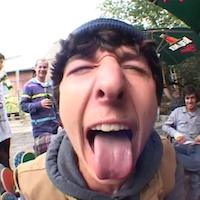 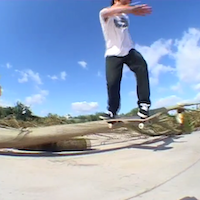 Joe Gavin takes the reigns for the 17th episode of Jake’s Crates, extracting footage from his and Adam Mondon’s dv tapes used during a harmony trip. Watch below to see some...
8 years ago | by Guy Jones 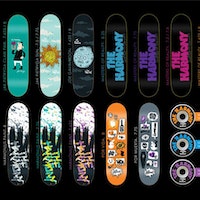 UK skateboard company The Harmony has offered skateboards, T-shirts, crews, hoods and DVDs from its base in East Anglia since 2004. Founded by filmer Adam Mondon and artist Dave Dixon,...
8 years ago | by Guy Jones 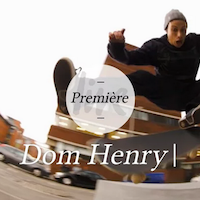 Yes, yes y’all! The beast that is Dom Henry has got an all new part smashing the streets of Manchester for Sean Lomax‘s lens! Click the image below to be taken...
9 years ago | by Guy Jones Yes yes y’all! The funkey technician that is Dom Henry straight up kills it in Mark Kendrick‘s psychedelic bad man of a video ‘Shads’. Watch below for some Wu-Welsh style pop...