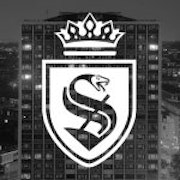 Leeds-based Sore Skateboards is owned and run by Vince Orr, who began the company to give a platform to some of Yorkshire’s under-the-radar skaters. With a true underground vibe, Orr shies away from calling Sore a ‘brand’, as he concentrates solely on putting out quality street skateboarding with a distinctive UK feel.

In August 2013, a teaser was released for a new Sore team edit, and the finished Cul-de-Sac promo was 12 minutes of UK rawness, packed full of new footage from the likes of Foster, Blaymire, Rushforth, Jones, Harrap and Ali Watson. The company also introduced a new line of graphics and shapes for its boards, and, almost uniquely, continues to screen print all its own soft goods. Leeds-based Sore Skateboards is owned and run by Vince Orr, who began the company to give a platform to some of Yorkshire’s under-the-radar skaters. With a true underground vibe, Orr...
8 years ago | by Guy Jones 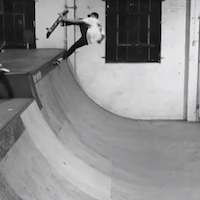 “Footage from the jam that went down at the Works skatepark in memory of our beloved friend Daniel ‘Paz’ Parrinder. Big thanks to Pazs family and to everyone who made...
8 years ago | by Guy Jones 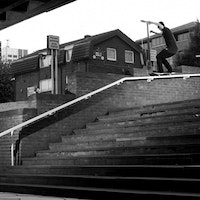 West Yorkshire’s Welcome skate store have now started smashing the blog game and they’re doing a good job of it! Click the image of Brenna below (taken by THE Reece Leung)...
8 years ago | by Guy Jones Nature, Concrete and an arse load of stoke! Check Laurie Pomeroy’s latest edit to see living at it’s finest and we mean REAL living, no instagram beef over a song...
8 years ago | by Guy Jones 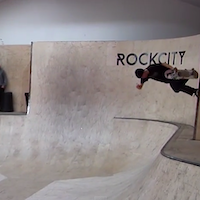 Rockcity skatepark getting a right seeing to here courtesy of Josh Hughes, Andrew Gardner, Blinky and Wappo! Watch below for a hot stoke prodding: https://www.youtube.com/watch?v=KhMHjSR_tZI&feature=youtu.be
8 years ago | by Guy Jones The second edit from the Nike SB North, East, South, West video series is out and ready to be appreciated by all of y’all below! Shot & Edited by Mark Jackson...
8 years ago | by Guy Jones 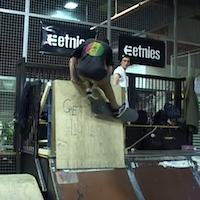 The Merrics, EG Castleford’s Subvert Skatepark in Yorkshire hosted a lock in and these bad men took full advantage of it! Watch the edit below for some Merrics radness, Aiden and...
8 years ago | by Guy Jones Continuing with the NOW! That’s What I Call Skateboarding themed ‘Sunday Service’, we now host Ben Grove and Ali Watson‘s chumbawumba themed banger! Watch below for a certified hype injection, then...
8 years ago | by Guy Jones 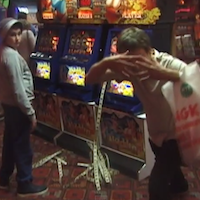 Will Miles has made this rad edit of the backwards wheels crewdem, mandem on the hypedem killing it around various skateparks around England and Wales. Watch below to witness the shreddery...