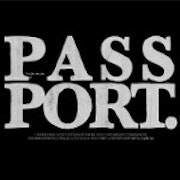 Pass Port Skateboards was launched by Australian skater Trent Evans in 2008 based in Brisbane. Since then, the company has moved to Sydney and carved a niche for itself as a progressive Aussie skate brand drawing inspiration from travel, Australian heritage and collaborative efforts with like-minded friends and artists.

The company’s other video releases include the nine-minute Whole of Community from 2011, featuring solid skating from Onekawa, Brown, Paul, Wignall, Foo, Glenn Palmer and Phil Parker. Also online are a clip of UK rider Paddy Jones on a day/night mission at London Bridge Plaza, filmed and edited by Daniel Kreitem, and a six-minute tie-up with independent Auckland skateshop Arcade.

The current Pass Port collection, available in Australia, New Zealand, the UK and Norway as well as the USA through Permanent, features a great assortment of good-looking products. There is a distinctive down-under vibe running through many of its eye-catching designs, most obviously the ‘Work-Hard’ range of clothing, and the ‘Life In Bars’ range of decks which includes the ‘Barm Wrestle’, ‘Sequence’ and ‘Convicts’ models. 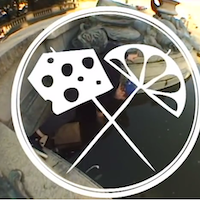 Piff sticks’ wavey Bristol connection Phil Parker smashes it harder than your average outstanding human! Check the edit below for West country radness, speed and power are in excess! https://www.youtube.com/watch?v=YtTCokMT-Tw
7 years ago | by Guy Jones 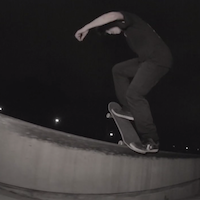 DEAN PALMER (GETS OFF AT REDFERN STATION)

Pass~port skateboards and converse rider Dean Palmmer blatantly smashes it and to deny this would deem you a liar! Check his latest offering below for some Oz radness: http://vimeo.com/112679613
8 years ago | by Guy Jones 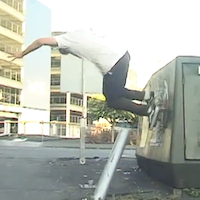 It’s undeniable that Passport Skateboards are drenched in rad, dope graphics, sick edits and a marvelous team, so it’s always an absolute joy when they release any sort of video. This...
8 years ago | by Guy Jones Are there many greater humans in skateboarding than Callum Paul? Maybe but fuck it, we think he’s the best! Power moves for his pro part for Australia’s passport skateboards, well...
9 years ago | by Ryan Pass Port are pleased to welcome New York’s Billy Mcfeely to the team! Check out his part in BRONZE 56Ks “SOLO JAZZ” and take in his first advert for the brand...
9 years ago | by Ryan 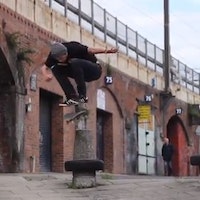 Want to see what those good fellows at Pass Port have got lined up for you in their tenth range? Obviously you do – click below to see what boards,...
9 years ago | by Ryan London’s Paddy Jones is the latest member of Pass Port’s international family, and to mark the occasion, he spent a solid day and night at the London Bridge Plaza to...
9 years ago | by Ryan 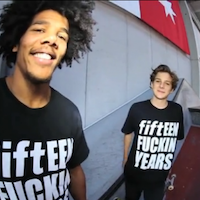 Fifty Fifty's Game of Honour - round 2.

The second Game of Honour from Fifty Fifty Skateshop’s trip to the DC Embassy is now online, with Korahn Gayle, Phil Parker and Ollie Lock battling it out for Bristol...