Lyon-based Cliché Skateboards, an alternative to the southern Californian skateboarding standard, was launched in 1997 by French skater and former Death Box team rider Jeremie Daclin. Beginning with the simple aim of allowing European skaters to get salaries from skating without moving to the US, it has since become renowned throughout the world.

Cliché has worked with some of the finest non-American skateboarders ever – the current team alone features French riders Lucas Puig, JB Gillet, Charles Collet and Flo Mirtain, Lem Villemin from Germany, and Andrew Brophy and newcomer Sammy Winter from Australia. Basque skater Javier Mendizabal is one of the longest-serving members of the team, having joined in 1999. Americans Joey Brezinski, Peter Eldridge and Daniel Espinoza make up the rest of the squad.

Cliché is the company behind high-end photography books like Cliché: Résumé and Hand in Hand, a selection of photos from the company’s tour of Israel in 2010. It has also released some of the finest, arty skateboarding videos ever, many of which were put together by internationally renowned cameraman and photographer ‘French’ Fred Mortagne.

The first Cliché video, 2000’s Europa, featured the talents of early team riders such as Pontus Alv, and was followed by Mortagne-produced films and promos including Freedom Fries and Bon Appetit (both 2004), Hello Jojo (2006), Clé: A Live and Unplugged video (2008) and La Cliché (2010). The company’s most recent release was the critically-acclaimed team video Bon Voyage, which received its worldwide premiere in LA in 2013. 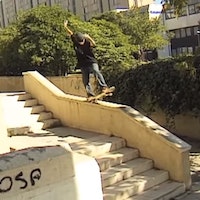 Behind The French Fred Scenes - Thibaud Fradin Part 2. The new series of Fred Mortagne's raw files continues with more from the former Cliche pro.
5 years ago | by Jono Coote 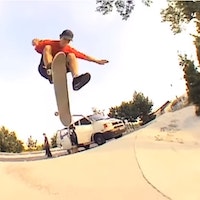 Behind the French Fred Scenes returns with eight and a half minutes of raw, stylish shredding from one time Cliche pro Thibaud Fradin.
6 years ago | by Jono Coote 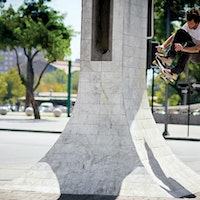 Transworld pay tribute to Cliché Skateboards a week after the news became public that the board brand was closing its doors.
6 years ago | by Jono Coote Sit back and enjoy a visual history of the brand, starting from founder Jeremie Daclin and brand manager Al Boglio's pre-Cliché sections and running up until last year's Gypsy Life...
6 years ago | by Jono Coote 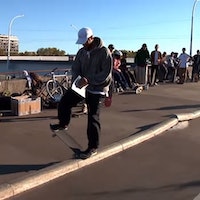 An incredible looking curb set up, a crew of local rippers and a musical nod to Natas with fIREHOSE on the soundtrack...
6 years ago | by Sidewalk BFFS – Behind the French Fred Scenes returns – HOORAY! Cliche ‘Gypsy Tours 2 Parts 1 & 2’ It took a moment for us to realise that there were new episodes...
6 years ago | by Jono Coote 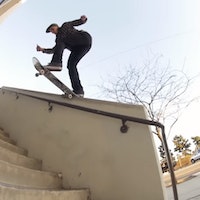 Handrail chomping madness, every trick stomped, with only some grim looking slams to remind how gnarly this shit is - Paul Hart is a beast...
6 years ago | by Jono Coote 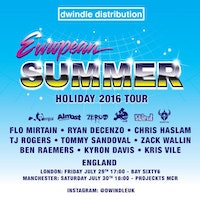