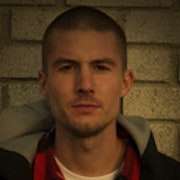 Brit Jody Smith is currently sponsored by DC shoes and clothing, Haze wheels, Royal trucks, Screwheads Hardware and Nixon, as well as being part of the team at the long-established SJ skatestore in Cornwall. He also joined Nomad Skateboards in 2010, and released a great welcome part for the company in May 2011.

Jody was born on 19th April 1982 in Cambridge, but now resides in the Cornish town of Truro. He has been skating for over 15 years, influenced by riders such as Keenan Milton, Gino Iannucci and twin Leo, with whom he has appeared in YouTube clips such as one filmed at the Truro Plaza in November 2013.

Jody’s favourite tricks are a switch bs tail, switch flip or nollie fs flip, although the switch kickflip backside tailslide on the picnic table that he landed for DC’s ‘La Classe’ at the DC Embassy in 2013 was pretty fine too. Not so keen on rails or transition, he tends to skate ledges, mannie pads, street gaps and stairs, often at the Truro skate plaza or in Barcelona. 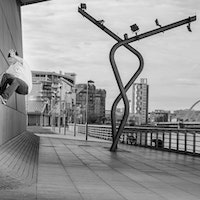 Ambidextrousness is such an essential part of what is necessary to become a pro skateboarder these days that, half the time, it can be hard to tell what stance somebody...
6 years ago | by Jono Coote 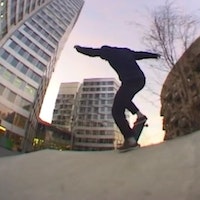 Tidy Mike Skate Crates 4 – Tidy Montage Now this one is a banger! Mike ‘Tidy Mike’ Pearson digs into his DV archive once again and comes up with five minutes of...
8 years ago | by Ryan Whilst the early days of 2014 continue to bring with them sub-zero weather conditions  and flash floods, we decided we’d jog your memory as to some of the events highlights...
8 years ago | by Ryan The mighty Smith Twins take to the familiar surroundings of Truro Plaza and hammer out this banging clip to enhance your Thursday morning, with guest appearances from Stuart Titmus and...
9 years ago | by Ryan 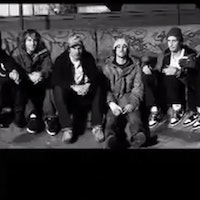 This Sunday we find ourselves heading back to The Big Smoke in 2006 to spend a weekend with the Matix UK team – featuring hard to find footage from the...
9 years ago | by Ryan 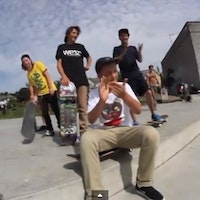 Mark Baines’ edit from this years Truro based Camp WeSC is now online and ready to be watched below! Check out the highlights from August’s fortnight of Cornish skateboarding in the...
9 years ago | by Ryan 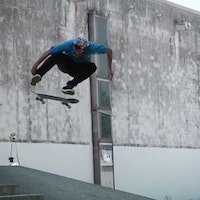 Over the summer, DC UK and DC Italy joined forces for their first ever ‘Pushing Together’ tour, taking in a week across northern Italy and Slovenia, then a second week...
9 years ago | by Ryan