Based in the north east of England, the fast-growing Fabric Skateboards is a pioneering, passionate and design-obsessed skate brand producing a wide range of hardware including bright and colourful decks, wheels, T-shirts, caps and beanies.

One of Fabric’s star names is teamrider Paul Regan, a Hull-based skater sponsored by Newcastle’s Native Skate Store – a barnstorming debut part starring Regan was released in January 2013, filmed by Andy Rayner, Matt Hirst, Elliot Tebbs, James Clifforde, Marc Banks and Royce Honeysett. The edit, mostly set in Hull and Sheffield, quickly became an internet sensation and the benchmark for all UK ams to step to if they want to move up the ranks.

As well as Regan, Fabric’s team consists of Jason Lewer, Connor North, Manny Lopez, James Bush and Mark Baines. Dutch ripper Douwe Macare, who had been on the company’s flow team for a while, was put on the full team in 2013, and was welcomed with a sick four-minute edit, becoming the company’s first full-time European rider.

The Fabric team visited the DC Embassy in Barcelona in June 2013, and some next-level footage of the trip soon appeared online. Later in the year, the company hosted a skate jam at the rad new Rockcity Skatepark in Hull, and online footage of the event surfaced in February 2014, featuring indoors East Yorkshire antics from the team alongside a strong gathering of locals and a cameo from local legend and former Blueprint rider Scott Palmer. 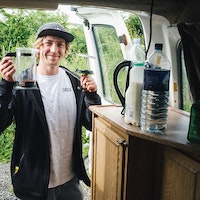 The Skate Pharmacy James Bush Interview sees Buszy's finest fielding a barrage of questions/abuse down the phone from Powley regarding his recent turning pro for Fabric Skateboards.
5 years ago | by Jono Coote To celebrate James Bush's recent turning pro for Fabric Skateboards, Skate Pharmacy have compiled a minute of raw footage from a recent seaside jaunt to Thanet.
6 years ago | by Jono Coote 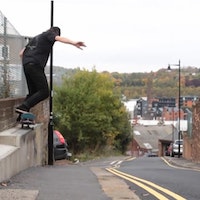 Welcome the crust with open arms, aim four wheels across crumbling brickwork, slam in puddles of unidentifiable ooze whenever possible; this will inspire the necessary mindset.
6 years ago | by Ryan 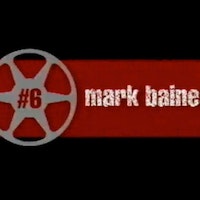 Adam Todhunter has seen fit to remix Connor North’s footage from both his scene video Coast to Coast and the recent Fabric Skateboards promo, bringing together nearly 3 minutes of...
7 years ago | by Ryan 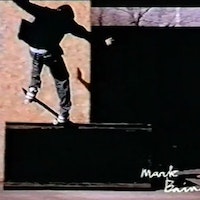 The intro to Mark Baines’ “WORD” interview from Sidewalk issue 187 (April 2012) really did sum up Mark’s approach to skateboarding perfectly – he genuinely has “been there, done that” in...
7 years ago | by Jono Coote A day in London with Douwe Macare and Manny Lopez

Fabric Skateboards’ Douwe Macare and Manny Lopez hit a whole bunch of London spots in this new edit from the Ride Channel, check it out below… https://www.youtube.com/watch?v=tszgyWTp_2k
7 years ago | by Ryan 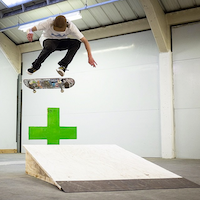 Whilst handling business for Store Wars and gathering footage for the first yet untitled full-length Skate Pharmacy video, James Bush found himself locked in The Surgery and managed to escape brandishing...
7 years ago | by Jono Coote Mark Kemp has interviewed Fabric Skateboards rider and art director Jason Lewer, the results of which can be found over on the Rock City Skatepark website. Click the photo to...
7 years ago | by Jono Coote Fabric have come through with this rad nine and a half minute promo, dropping hammers at spots all over the UK and Europe. Get watching now for some Monday morning...